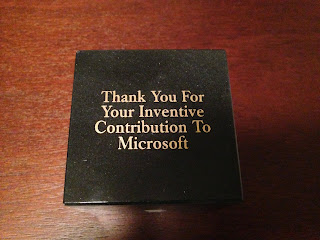 I still remember the funny feeling I had in my stomach as I drove home from work on November 30, 2012. It was my last day at Microsoft after working there for nearly 5 years.

Today is my 1-year anniversary of life after Microsoft. I left the company with the intent of becoming an entrepreneur, but had the fortune of landing at Madrona two weeks later. Both of these transitions weren't without concern at the time, though I remain exceptionally pleased with both decisions.

It's been an incredible year. Some experiences have been pretty much as-expected and others have come as a surprise. These are some of my observations and experiences one year after Microsoft.

(UPDATE: Be sure to check out links to other people's experiences at the end)

Life Outside the "Mothership"

I still think Microsoft is a great company, though it has its share of challenges. I can't say with confidence that I'd want to work there again, though I don't regret the time I spent there and I'm also not sure I'd want to work at any large company. Joining Seattle's startup ecosystem was absolutely the right decision for me and every morning I wake up excited about work.

I intentionally cut out some topics I'd like to share, such as what working at Madrona has been like, because I quickly found that I was writing about them at length and that they merit their own posts, so more on that later.

To my many fellow ex-Microsoftees who left around the same time last year (many of whom I've had the pleasure of meeting), happy anniversary!

Here's a great 1-year post from an ex-Amazonian. I had similar plans when leaving Microsoft and have had similar experiences since leaving! Evan Jacobs of ReadWriteHack: My Most Productive Year

Here's a post from a friend who left Microsoft this year to become an entrepreneur. It includes some good reflection on the inner thoughts one has right before making a move like this. Avilay Parikh: Why I left Microsoft

Here's a post from an entrepreneur I recently met who, like my friend above, left Microsoft this year. Othmane Rahmouni: Goodbye Microsoft, Hello Startup World.